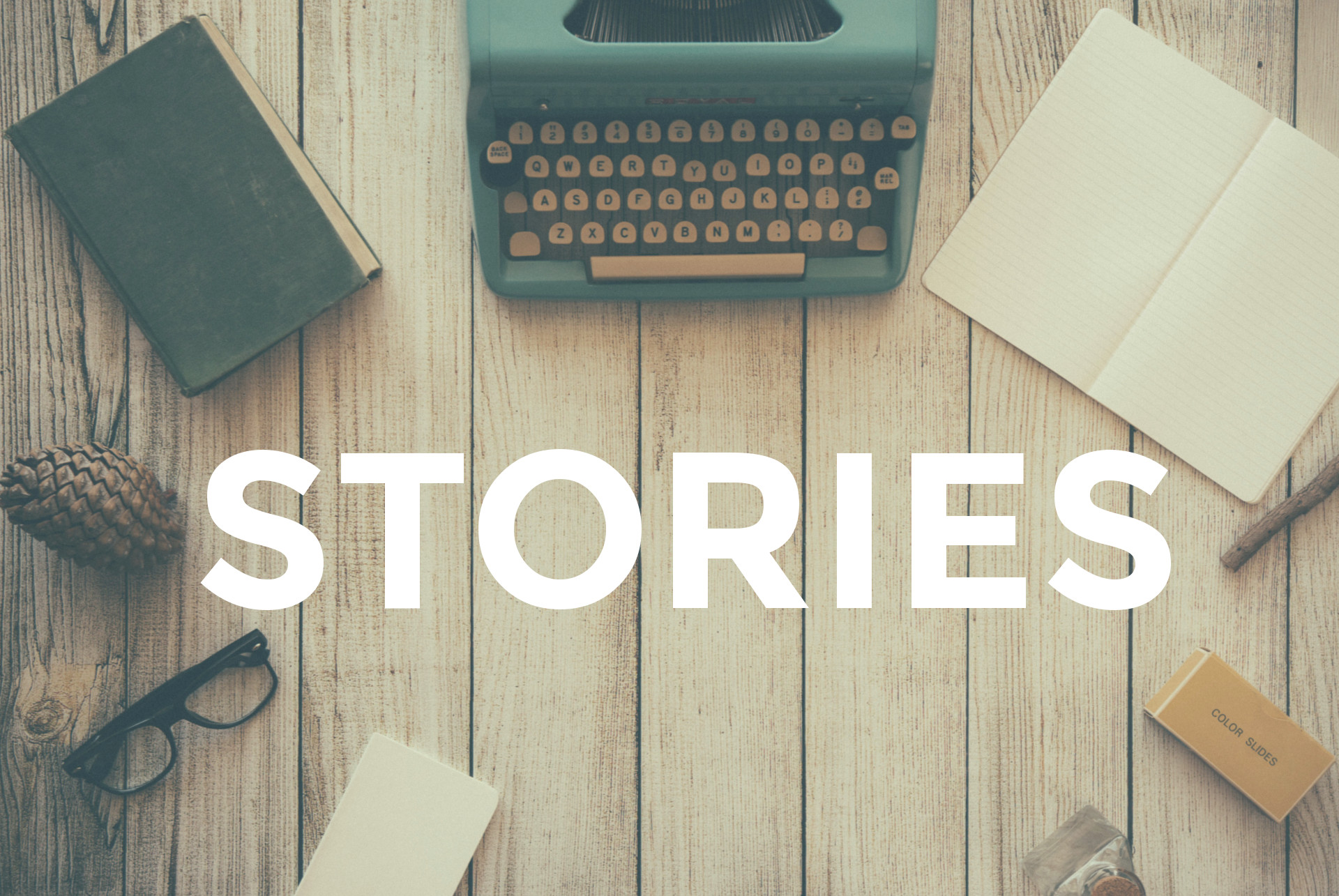 When You’ve Been Found, You’ll Find Someone and Tell Them!

I have a story of finding Jesus and Him finding me! You do as well. Can I tell you why your story is so important? Because it’s yours! No one can tell it like you can and no one has lived it other than you! Your story is your best way to share the gospel because you were once lost and then you were found by Jesus! And your story is really His story! Your job is to find someone else and tell your story of being Found!

The next day John was there again with two of his disciples. 36 When he saw Jesus passing by, he said, “Look, the Lamb of God!” 37 When the two disciples heard him say this, they followed Jesus. 38 Turning around, Jesus saw them following and asked, “What do you want?” They said, “Rabbi” (which means “Teacher”), “where are you staying?” 39 “Come,” he replied, “and you will see.” So they went and saw where he was staying, and they spent that day with him. It was about four in the afternoon. 40 Andrew, Simon Peter’s brother, was one of the two who heard what John had said and who had followed Jesus. 41 The first thing Andrew did was to find his brother Simon and tell him, “We have found the Messiah” (that is, the Christ). 42 And he brought him to Jesus. Jesus looked at him and said, “You are Simon son of John. You will be called Cephas” (which, when translated, is Peter). 43 The next day Jesus decided to leave for Galilee. Finding Philip, he said to him, “Follow me.” 44 Philip, like Andrew and Peter, was from the town of Bethsaida. 45 Philip found Nathanael and told him, “We have found the one Moses wrote about in the Law, and about whom the prophets also wrote—Jesus of Nazareth, the son of Joseph.” 46 “Nazareth! Can anything good come from there?” Nathanael asked. “Come and see,” said Philip. 47 When Jesus saw Nathanael approaching, he said of him, “Here truly is an Israelite in whom there is no deceit.” 48 “How do you know me?” Nathanael asked. Jesus answered, “I saw you while you were still under the fig tree before Philip called you.” 49 Then Nathanael declared, “Rabbi, you are the Son of God; you are the king of Israel.”

How nervous do you get when thinking about sharing your faith?

Why do believers struggle with sharing their faith? What is the greatest challenge for you in sharing your faith?

How did the disciples of John respond to Jesus passing by when John pointed Him out?

Why is it necessary to follow Jesus before we can know Him more intimately?

Are we more likely to share Christ with someone we love? Why or why not? Who does God call us to love?

When did you first believe in Jesus? Who played a role in reaching you with this message?

Close in prayer, specifically praying for concerns of your group related to demonstrating the power of the gospel with people in their lives. Ask God to encourage you to spread His message this week. Praise God for sending His Son to die for us so that we now have a message of hope to share with the world.

1:35. On the next day John used the message of verse 29 again, but this time in the company of two of his disciples, Andrew (see v. 40) and probably John (who would become the apostle John). They had met John the Baptist, been impressed with him and his message, and joined his group of disciples. John the Baptist was not jealous of their interest in Jesus, for this was the purpose of his ministry. He told people that Jesus was far greater than he (1:15,27,30). One of the impressive things about John the Baptist was his total devotion to his mission to magnify Jesus.

John the Baptist was a prophet-preacher who delivered the same message to large numbers of people and could go one-on-one with anyone who would listen. Some who proclaim the gospel are courageous before large groups, but they are unwilling to witness to small groups or individuals.

1:36-39. After John the Baptist pointed Andrew and John to Jesus, they began to follow Jesus about. Jesus confronted them and asked what they were seeking. They asked Him where He was staying. Jesus invited them to go with Him. He said, Come and see. They went with Him. It was about the tenth hour. If John was using the Roman method of counting time, which begins a new day at midnight, this “was about 10 in the morning” (HCSB). If he was using the Jewish method, which begins the day at dawn it was “about four o’clock in the afternoon”(CEV). In either case, they abode with him that day. If they arrived at 4 p.m., they may have talked into the night and ended up there all night. Later in Jesus’ teachings He called for people to abide in Him. We are not aware of the content of their talk on that first day of literally abiding with Him. They may have asked Him to tell them about how He would be the Lamb of God. When He later tried to prepare the disciples for His death and resurrection, they had trouble understanding. But now in light of the resurrection we see how Jesus acted as Lamb of God, dying for our sins.

On that first day Andrew and John followed Jesus to where He was staying. Later they became followers in a deeper sense. They accompanied Jesus on His journeys, but they also followed Him in faith and obedience.

We need to take John the Baptist as an example of a witness for Jesus. John the Baptist was the last of the Old Testament prophets. He was privileged to see that Jesus was the Lamb of God, but he did not live to witness how He did this. Like many prophets, John the Baptist spoke of something he did not fully understand; but God led him to make this proclamation of what Jesus’ followers saw later in His death and resurrection. We know that Jesus is our Paschal Lamb who died for our sins and rose victorious over sin and death. We—like John the Baptist—need to call people to look to Jesus; and we need to tell what He did.

1:40. Andrew’s name is mentioned for the first time in verse 40. He had been a disciple of John the Baptist. Now he followed Jesus. The two mentioned in these verses were among the first to follow Jesus in discipleship and service. Following Jesus means more than walking with Him down the road. It means commitment and obedience.

1:41-42. Andrew is introduced to readers of the first century as Simon Peter’s brother. Peter’s name was more well-known than Andrew’s by the time the Gospels were written, so this reference would help identify both men. Andrew first findeth his own brother. First shows the importance and urgency of sharing this discovery with his brother. To do this, he had to seek his brother. And when he found Simon, he brought him to Jesus. He didn’t force him, but he did bring him. He brought him with his testimony about Jesus, and Simon went with him.

Many Christians have a brother or another close relative who has not followed Jesus. We can seek to bring them to Jesus. Later in the story of Jesus we find Andrew again leading people to Jesus. John the Gospel writer was showing his readers that this was what Andrew did best. He began with his brother, but he was also the disciple who brought to Jesus the boy whose lunch was multiplied to feed 5,000 men and their families (6:8-9). Andrew also brought to Jesus a group of inquiring Greeks (12:20-22). Andrew was one of the Twelve, but he was not as well known as Simon Peter. However, Andrew had one talent much to be desired—he brought people to Jesus.

Andrew’s witness to Simon Peter was straightforward, We have found the Messiah, which is, being interpreted, the Christ. John, in writing the Gospel, knew that many Gentiles would be reading this, so he explained that Messiah meant the Christ or “Anointed One” (HCSB). We are not told of Peter’s immediate response when he met Jesus, perhaps because of what Jesus said to him: Thou art Simon the son of John: thou shalt be called Cephas, which is by interpretation, A stone. Both the Aramaic word Cephas and the Greek word Peter mean Rock. Peter did not quickly become a rock, but eventually he did. Jesus’ words to Simon illustrate His ability to see us not as we are, but as we can become by His transforming power. We also are not told what Simon said when Jesus spoke to him.